Alumni Athletes in the News 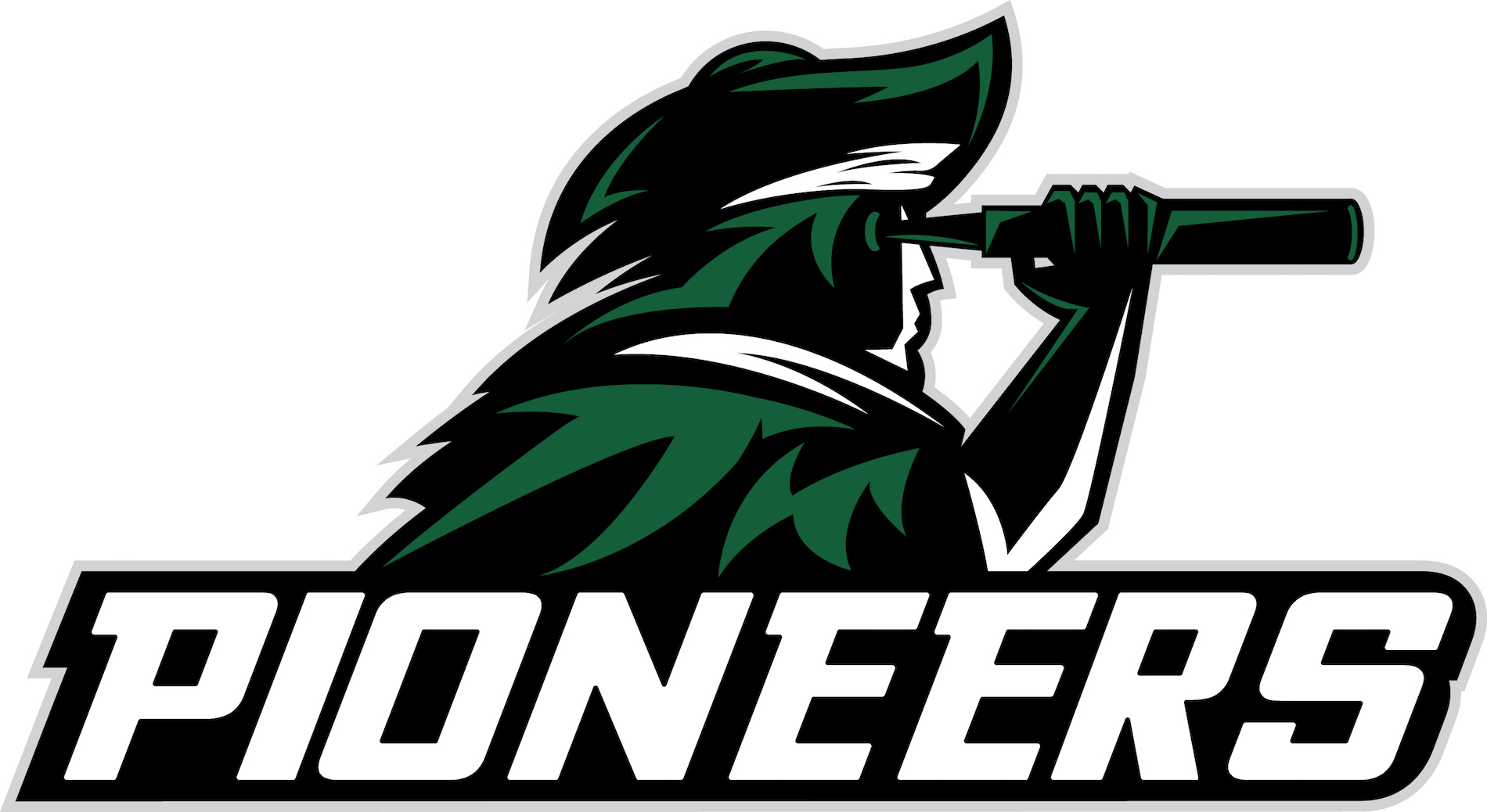 Austin is golden in Finland! 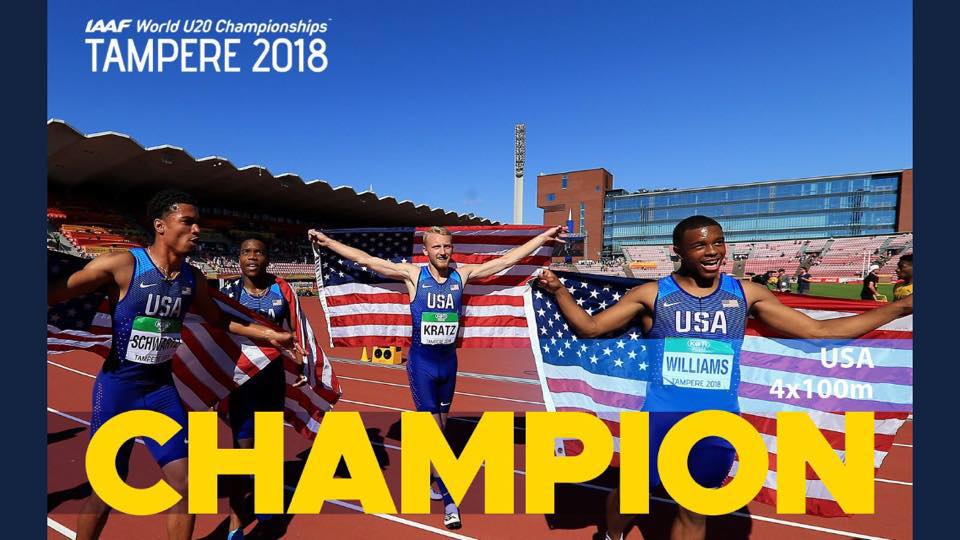 On his biggest stage yet, Austin Kratz ('18) and Team USA blazed to a world best time and a gold medal in the 4x100 relay at the IAAF U20 World Championships in Tampere, Finland. Congratulations, Austin—we look forward to following your career as you begin running for Arizona State University! 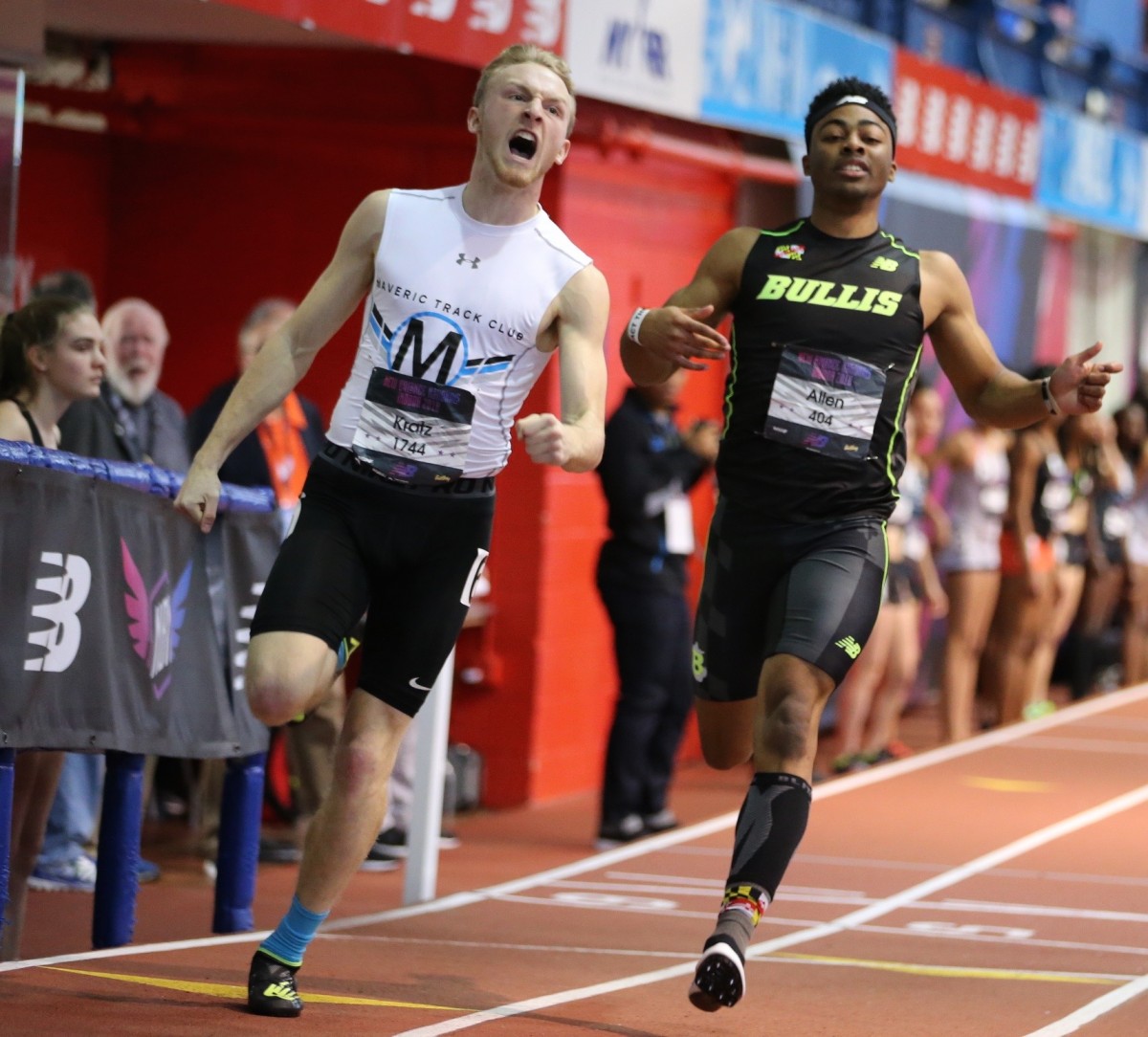 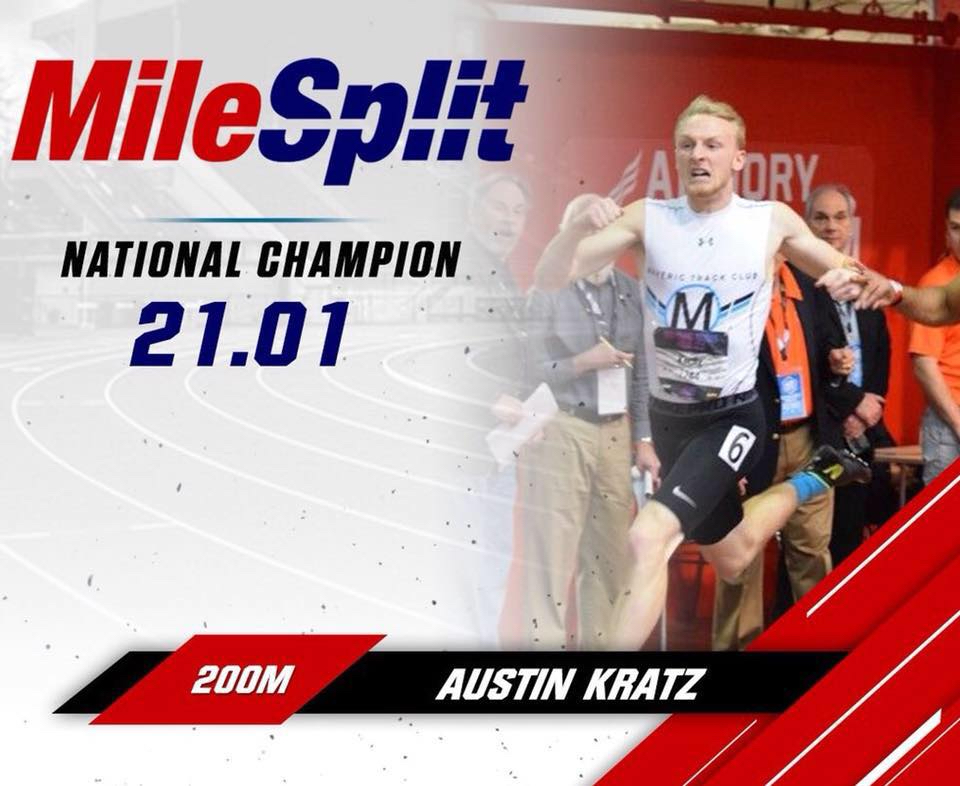 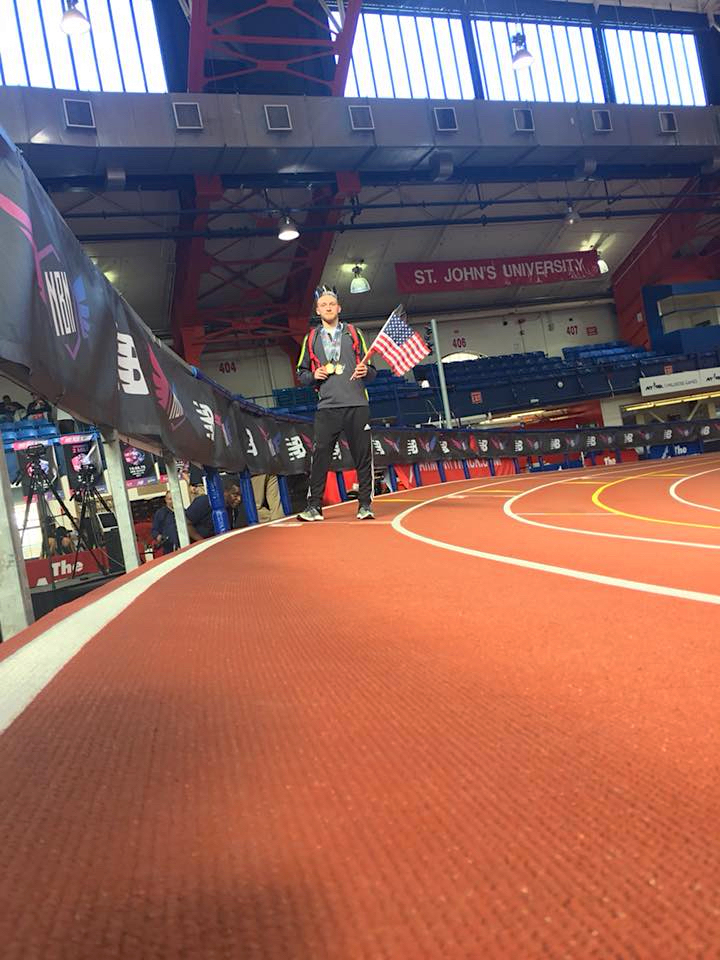 The story of Austin Kratz's winter indoor track season has been one of continuous improvement. His times in the 60M and 200M have fallen steadily, and Sunday afternoon on his biggest stage yet, Austin improved once again—and brought home a gold medal from the New Balance Nationals.

In the championship final of the 200M, Austin ran a scorching 21.01 to win the indoor national championship at the New Balance Track & Field Center at The Armory in New York City. It was a new PR for Austin as well as a new Pennsylvania state record—breaking the 21.04 he set just a few weeks ago at the SPIRE Invitational in Ohio. Austin's time also catapulted him to the U.S. all-time #8 indoor position.

The race was a testament to Kratz's drive and determination. After the first 100 meters, Austin trailed Eric Allen of Bullis High School in Potomac, MD, and it looked like he would have to settle for second. But with 60 meters to go, the Dock senior seemed to make up his mind that he wasn't going to lose the race. Somehow, he found another gear and surged past Allen at the finish for the win.

Austin's come-from-behind gold medal in the 200M was almost enough to make us forget that just an hour earlier, he captured a bronze medal in the 60M dash, with a time of 6.75 seconds—just off his PR of 6.73 in that event. Dock's 4x200M relay team of Nick Smith, Austin Nice, Dylan Rush, and Praise Zoegar also finished with a very impressive time of 1:33.77 in their race on Friday night.

Congratulations to all; it's great to see your hard work pay off. And stay tuned as Austin works to drop that 200M time under 21 seconds!

Dock Mennonite Academy is home to one of the fastest runners in the state—and perhaps the entire country.

Austin Kratz made history once again the weekend of February 23-25. Austin won both the 60-meter dash and the 200-meter dash in record-breaking time at the Pennsylvania Indoor State Championship Meet.

Two weekends before, Austin set the indoor record for Pennsylvania in the 200 meters, running 21.04 seconds in the SPIRE Invitational in Ohio. He will compete in the Indoor Nationals is in two weeks. Congratulations, Austin!

Watch a recent interview with Austin broadcast nationwide on MileSplit

See an update on this story at the top of the page regarding Austin's national 200M championship! 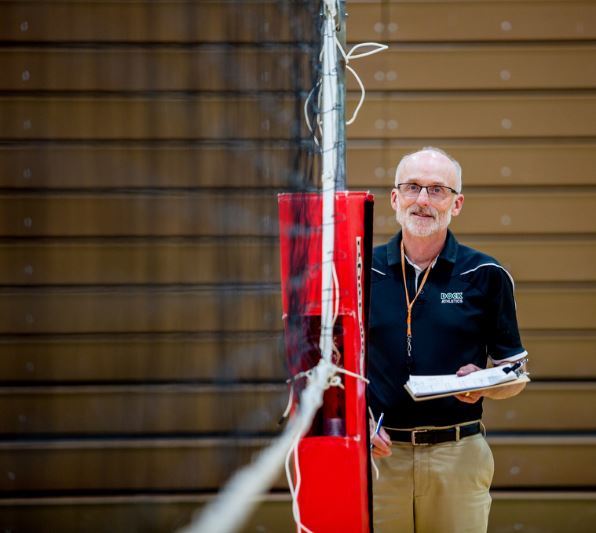 A Dock athletic experience emphasizes the importance of developing life values in goal-setting, self-discipline, and the art of playing for a team. A wise person once said, 'Life is a team sport, and athletics is the training ground.'
I trust that our student-athletes are learning
the value of 'playing for each other' as they experience athletics at Dock.
~ Dock Athletic Director Tim Ehst

Visit our athletics web site for schedules, scores, rosters, and other news about Dock Athletics. 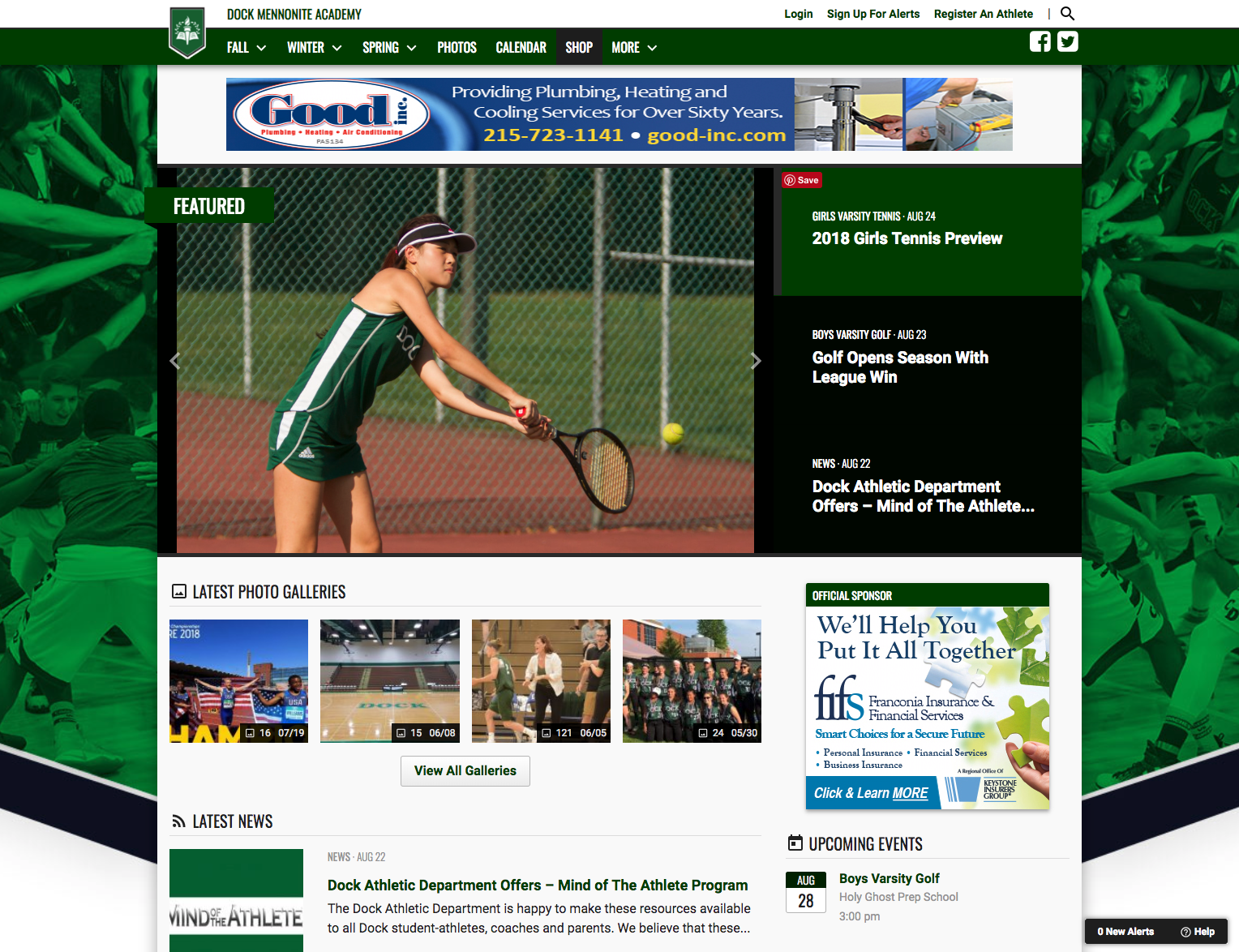