Learning that leads to lives of purpose 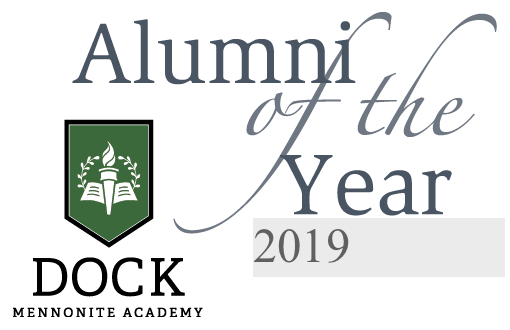 Dock Mennonite Academy is pleased to announce our awards for Outstanding Achievement, Distinguished Service, and Young Alum of the Year for 2019. These graduates embody the significance of learning that leads to lives of purpose.

The Award for Outstanding Achievement 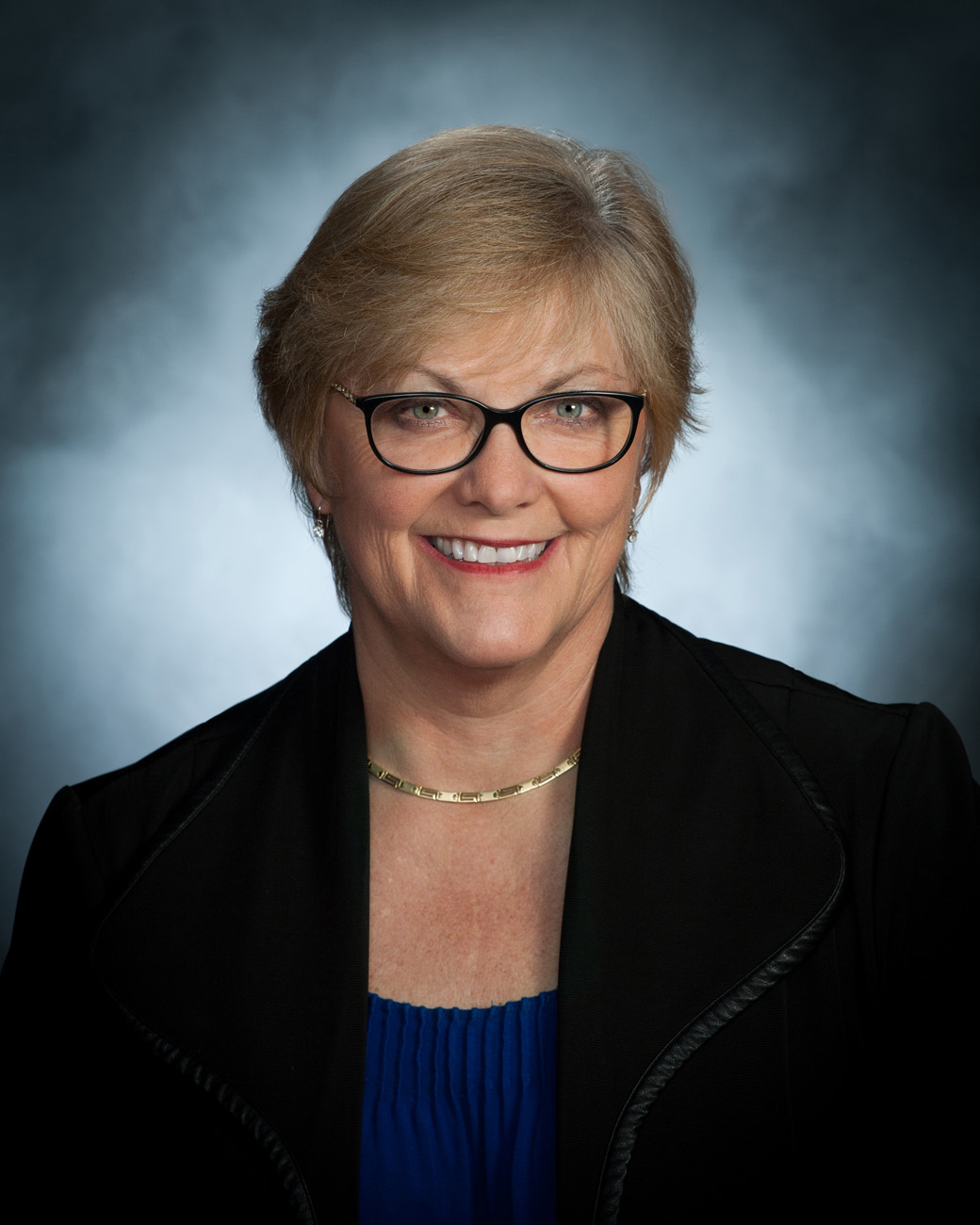 Evon serves as Executive Director for Landis Quality Living and Landis HCBS, two non-profits with the mission of delivering a comprehensive array of integrated services to allow individuals to age with dignity and affordability wherever they call home. Evon is passionate about developing housing with services that support individuals to live meaningful lives and remain in the homes of their choice as long as possible.

Evon is Vice President of Community Initiatives for Landis Communities in Lititz, PA. She leads Landis Communities’ work in the development of affordable and market rate housing and home- and community-based services with the mission of offering an array of options that allow adults to thrive in community.

Evon has a Masters of Social Work from the University of Pennsylvania, a BA in Psychology/Sociology from Gwynedd Mercy College, and an AA in Business from Eastern Mennonite College. Evon serves on the Board of Trustees for Eastern Mennonite University and Lancaster Housing Opportunity Partnership. 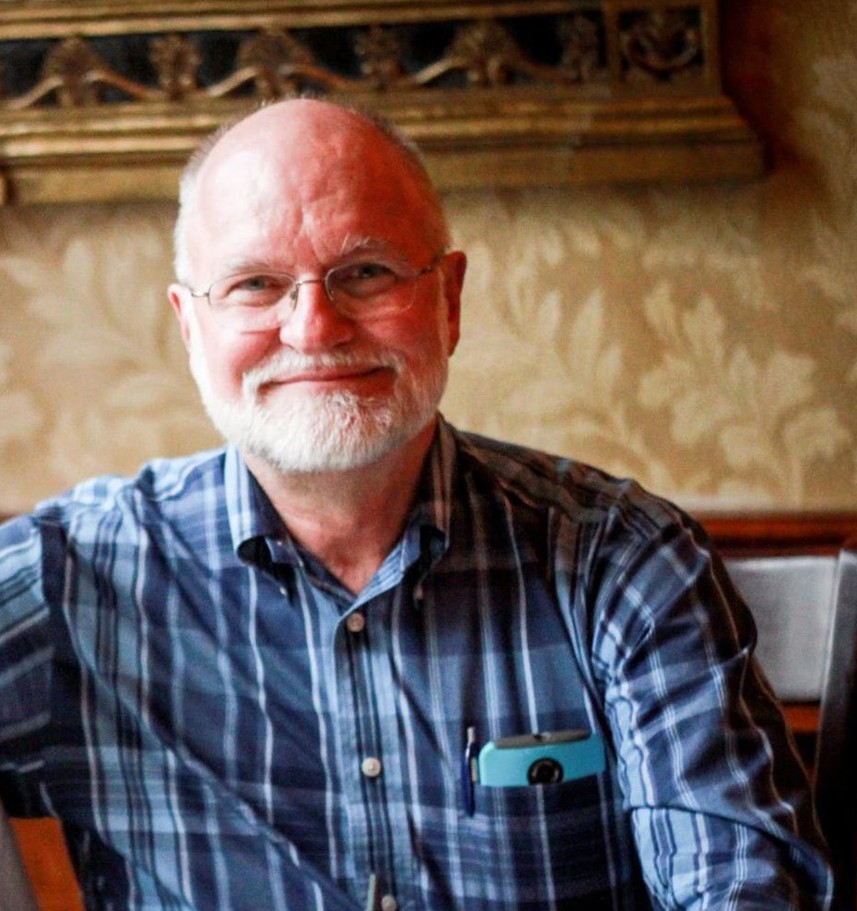 Growing up in a successful family business provided Henry "Hank" Landes a first-hand appreciation for the special opportunities and heartaches facing business families. Henry is the founder of the Delaware Valley Family Business Center, with over 30 years of experience guiding family businesses through transitions.

Since retirement, Henry is now living his Next Chapter, which includes part-time advising at the Center. He particularly enjoys guiding senior generation family members through the uncharted territory of generational transition and supporting the development of a Next Chapter, which is energizing and contributory to the business, family and community.

Henry received his Master’s degree from the University of North Carolina-Chapel Hill and has served as management consultant, behavioral health executive, board member, and partner of an international tour company. He is also a former administrator of Penn Foundation.

The Award for Distinguished Service 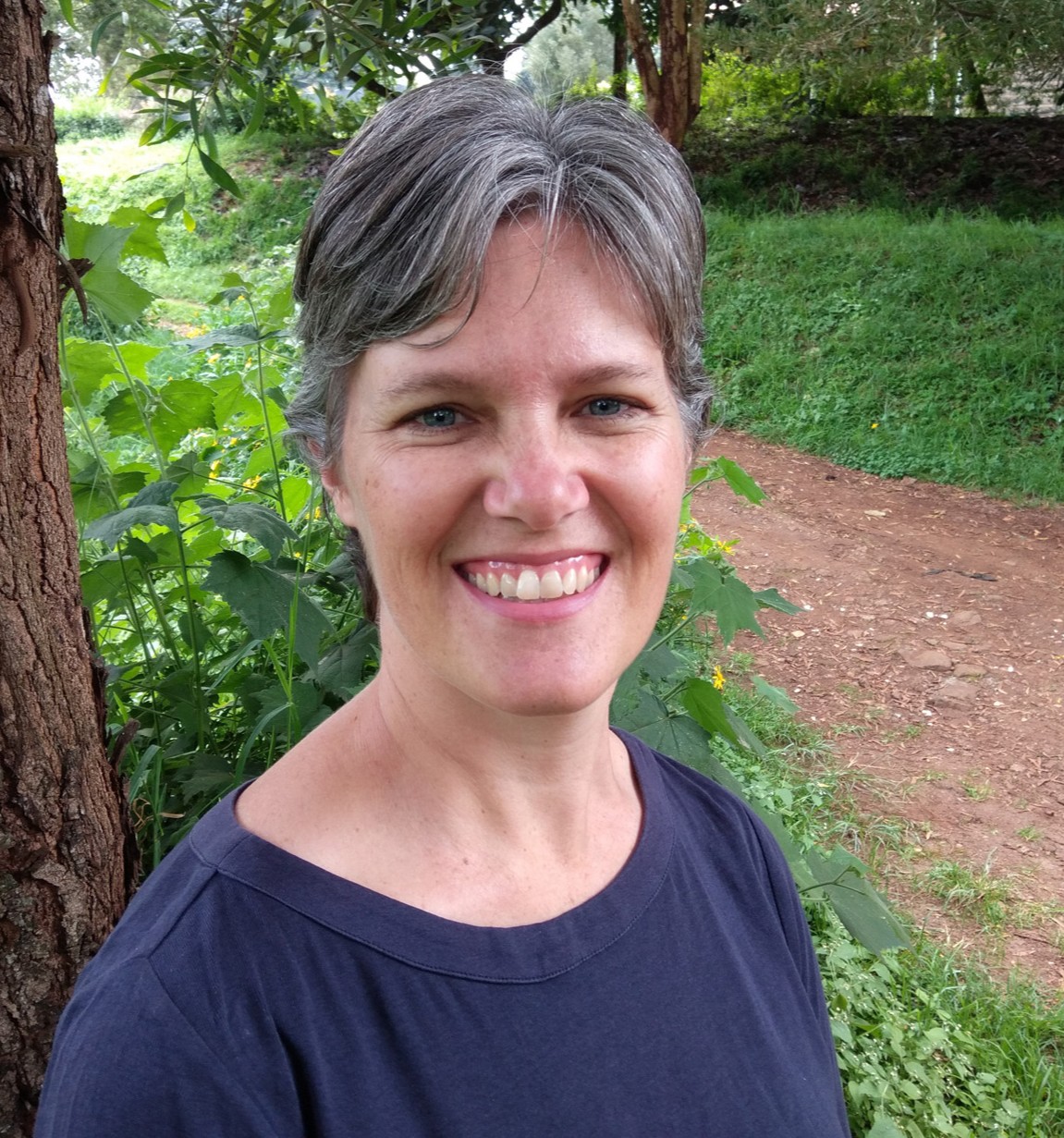 Krista is currently serving as Interim Country Representative for Mennonite Central Committee in Kenya, Africa. She is serving with her husband, Brian, and their two children.

She worked in Haiti with MCC managing safe drinking water projects and has developed and installed gravity-fed water systems in Bolivia. Krista also worked for Church World Service in a refugee settlement project, managing the Vocational English as a Second Language program for Cuban and Haitian refugees. 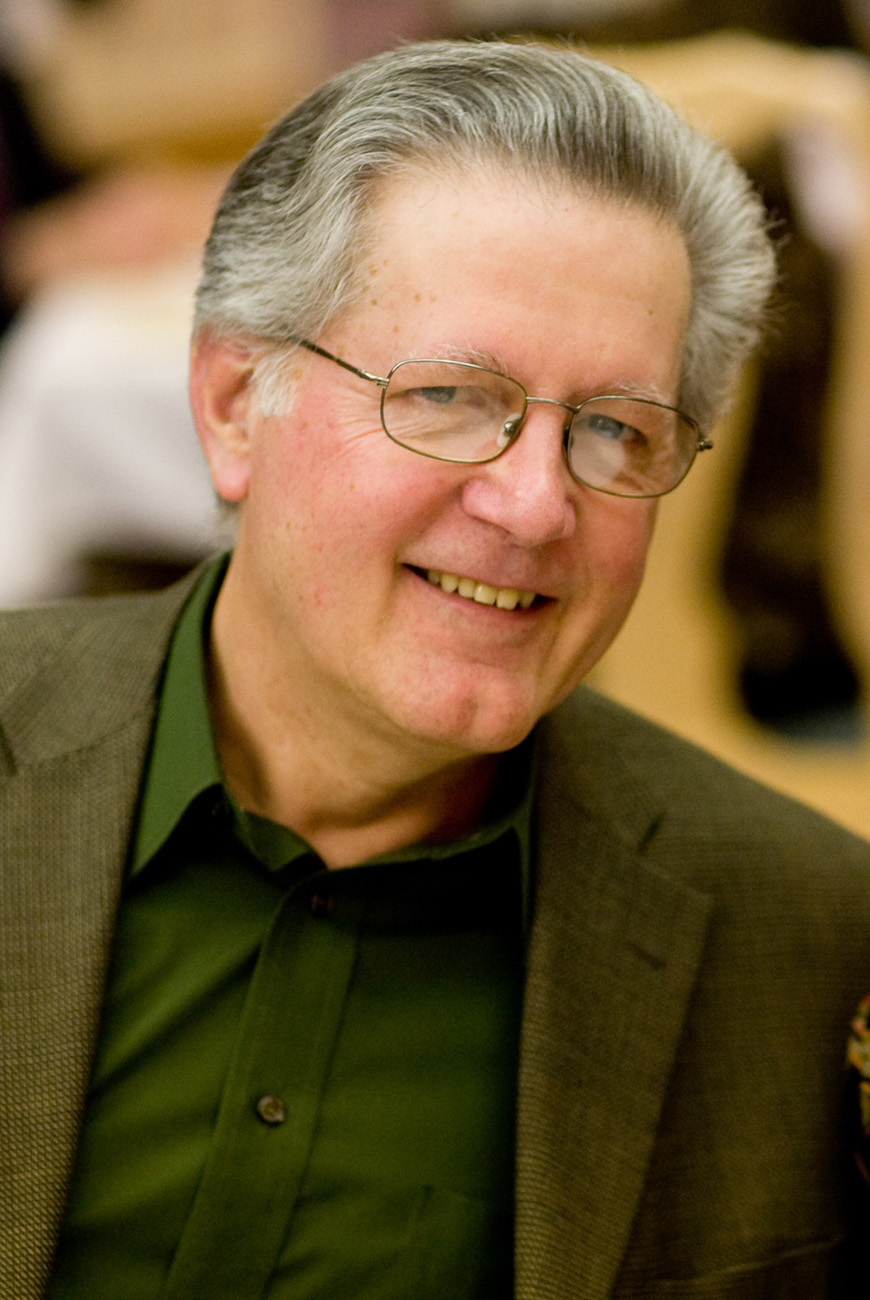 Gerald served Christopher Dock Mennonite High School from 1965 to 1991 as an outstanding English instructor, teaching courses in literature, public speaking, language, and creative writing. He graduated from CD in 1959 and Eastern Mennonite College in 1965 with an Associates degree in Bible and a Bachelor of Arts in English. He received a Master of Arts in English from Temple University.

In addition to his teaching career, Gerald served as pastor of Ambler Mennonite Church for seven years (1965 to 1971). In the fall of 1991, he was named Director of Development at Dock, leading a team that worked in fundraising, alumni relations, admissions, and publications. Over the next 15 years, this team helped raise $5 million for the Dock Annual Fund and $20 million for three capital campaigns, including Celebrating the Difference ($6 million for Longacre Center), Advancing Academics and Athletics ($2M for turf stadium and classrooms in Clemens Center; and the Grebel Hall Campaign ($12M to replace Grebel Hall with Rosenberger Academic Center, as well as a new Art building, gustodian/guest house, maintenance building; and renovation of Dielman Hall.

Gerald retired in 2006, and later finished the Rosenberger Campaign by raising the final $1 million. Gerald has always served the Dock community with dedication, compassion, and competence. His dedication to his students in their pursuit of a Christ-centered education that prepares them well for roles in their families, church, and society has been demonstrated both in the classroom and on the administrative team.

Young Alum of the Year Awards 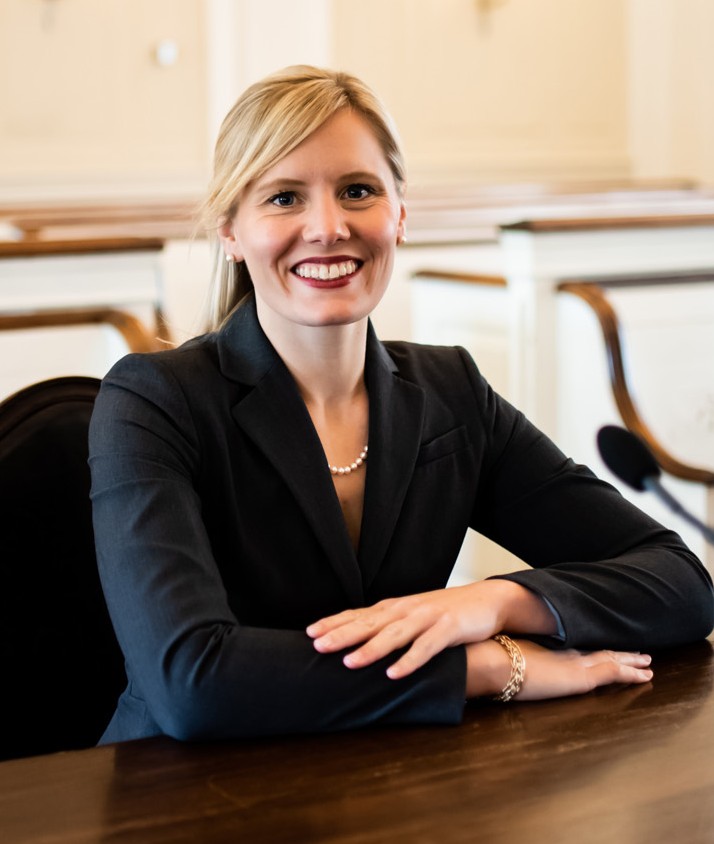 She received her law degree from Regent Law School in Virginia Beach and her Bachelor’s in Political Science from Eastern University in Wayne, PA.

During law school, she had the opportunity to work in Washington D.C. with Shared Hope International and the National District Attorneys Association. In both positions, she dealt with issues related to domestic sex trafficking of minors. 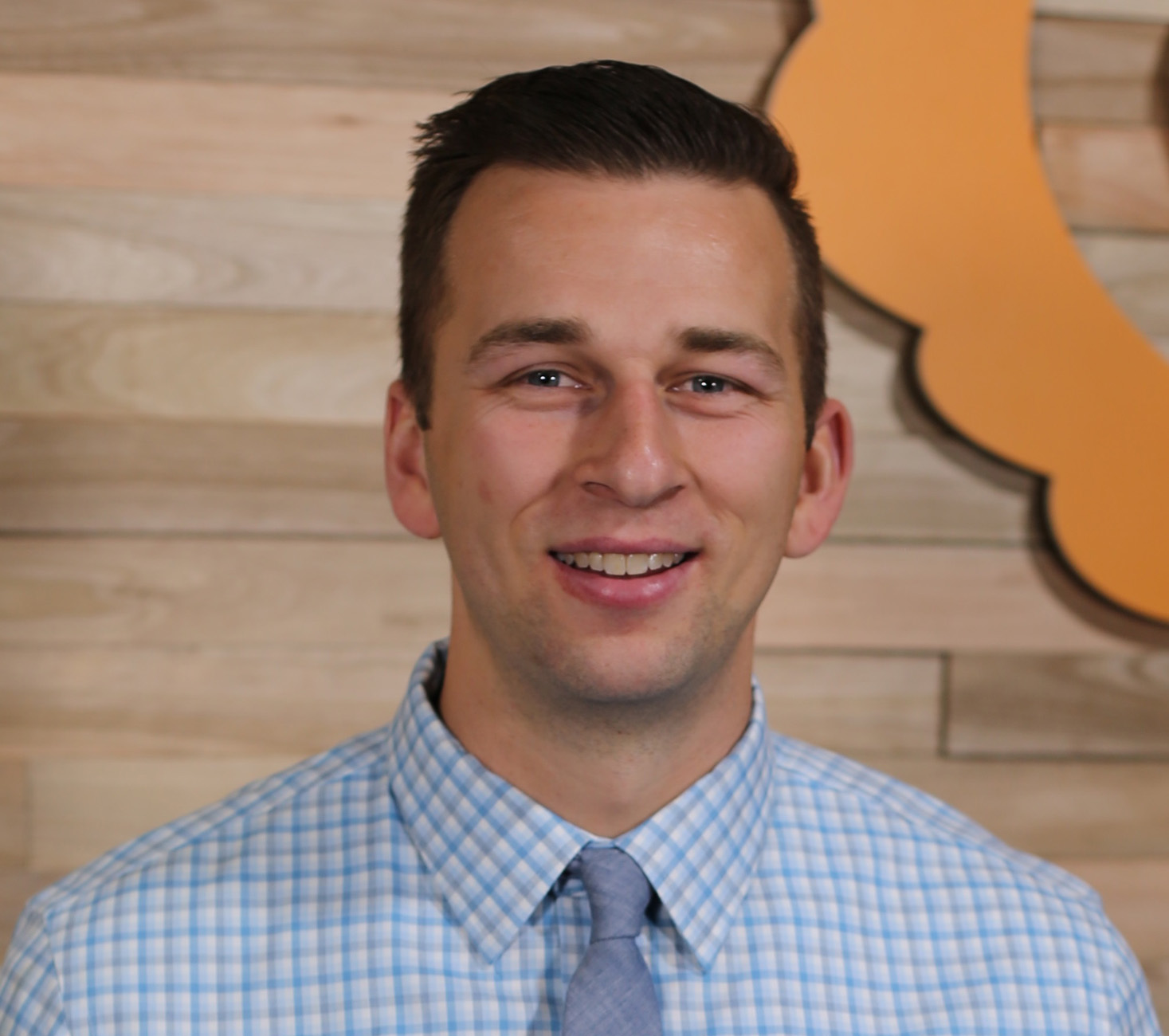 Josh began his career as a High School English teacher at Lakeside, an alternative school for students who were not successful in traditional schools. Early in his career, Lakeside began adding trauma-informed interventions to how they met the needs of students, and Josh was an early adopter of these strategies. He quickly saw the impact they made in his own classroom and began to advocate for the utilization of them across Lakeside, training and supporting his fellow teachers.

They quickly formed the NeuroLogic Initiative, which works with schools to train and coach staff to meet the needs of their students through the use of brain-based, trauma-informed strategies. While the primary focus has been to support local schools in Philadelphia and across Pennsylvania, Josh has had the unique opportunity to support several other schools and organizations in other parts of the world, including Norway and Israel.

In addition to serving as the Director of the NeuroLogic Initiative, Josh wrote and published the book,101 Brain Breaks and Brain-Based Educational Activities. This book is based upon NeuroLogic training and provides brain region-specific activities that educators can use to help their students. 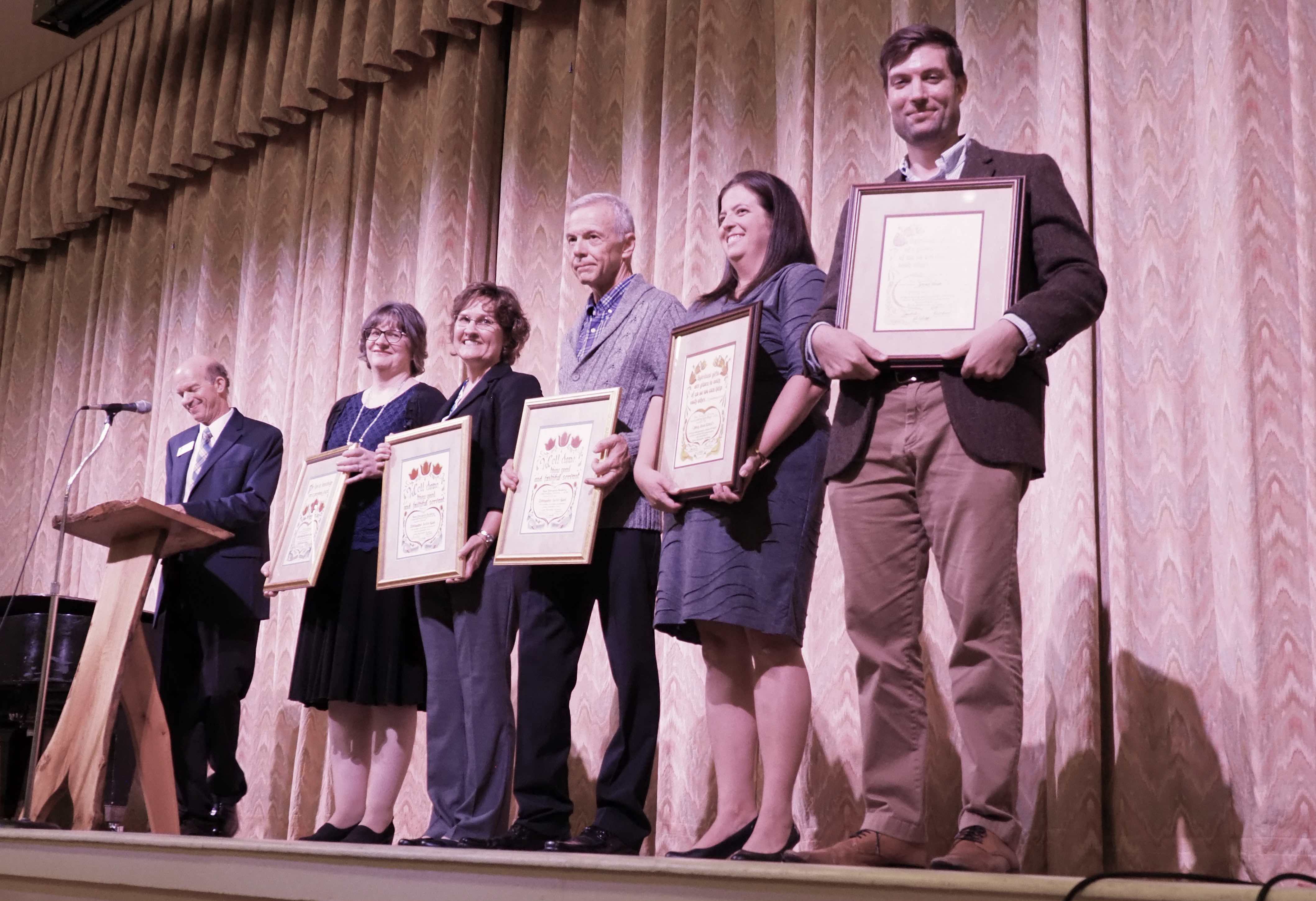 Do you know someone who deserves to be Alumni of the Year?